With more than 102.000 attendees, 200 sessions, and 20.5 billion dollars in purchasing power, our reasons for attending NAB Show in Las Vegas were obvious. It’s the largest show for media, entertainment, and technology, and according to the NAB Show website, it’s a unique opportunity to pick up “innovative ways to create, manage, deliver, and monetize content on any platform.” To summarise our thoughts on what we learned and saw, here are six things you should know about NAB.

Our stand was in the North Hall of the Las Vegas Convention Center in the so-called StartUp Loft. Although the traffic wasn’t extremely high in this area of the show, a great number of important business people stopped by to see what’s new in the field. From NBC and Fox News to NASA people, you could make your mark and let them know about your product. Let’s be honest – these are the people you want to impress! 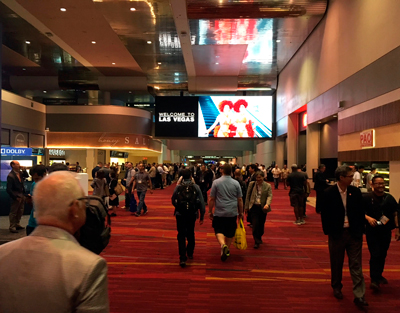 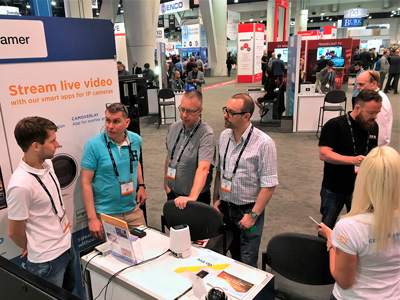 2. If you have a good product, people will let you know.

OK, of course we think that CamStreamer is great. We created it and work hard every day to make it even better; however, reality checks with customers are invaluable. At NAB Show, we had the opportunity to meet with CamStreamer users and get honest feedback. We met people who came to our stand to say things like: “Guys, I bought your product, I use it, and I love it. I just wanted to meet you and let you know.” If this doesn’t boost your enthusiasm, nothing will.

3. It’s an opportunity to find new customers and cultivate your potential.

NAB Show made it crystal clear. While the broadcasting industry professes a “culture of boxes” (meaning expensive external hardware), a large segment of the market longs for simple, easy, and inexpensive solutions. Zoos, middle schools, high schools, universities, and many others find CamStreamer the ideal product to meet their needs. You don’t need to be a broadcasting expert to have a perfect live stream. Let CamStreamer do the job. No cloud. No external hardware. Our embed apps can do it all. 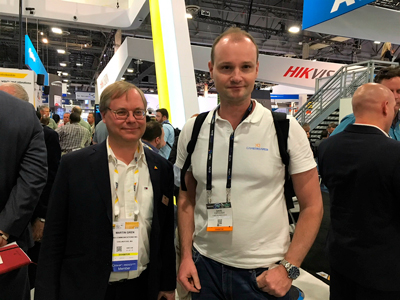 Because most people are not experts, experts are what they want. Give them the opportunity to meet the specialist! Since CamStreamer works directly with AXIS network cameras, a product specialist with an AXIS V5915 camera was on hand for visitors. Customers were able to ask how to get the most out of the camera’s features, and the specialist got valuable feedback. That’s a win-win situation, isn’t it? 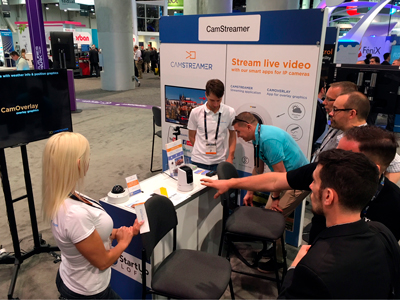 NAB Show proved that our work has potential and value. What’s more, it helped us to clarify which direction we should take regarding updates and product development. There’s much more to come! We’re about to launch a new product called SmartMix, which allows users to switch between four live cameras and recorded video clips with the option of inserting dynamic graphics into an output video stream. All of this, again, running aboard an AXIS camera. After NAB Show, we’re sure it’s going to be a big hit!

6. Virtual reality is dead. AI is the new black.

Of course, this is a bit of an exaggeration; nevertheless, the truth is that artificial intelligence is THE buzzword among developers, scientists, and fans of technology. On the other hand, virtual reality is apparently losing some of its former market allure (despite all the hopes and prayers of its developers). Right now, AI looks like the way to optimised automated production. It’s also the path CamStreamer would like to follow. We see great potential in automation that could bring about considerable cost savings, which in turn would lead to more streaming possibilities. Zoos, schools, and other organisations that can’t afford to spend thousands of dollars on streamings can now have attractive, high-quality live streams for a reasonable price. Waiting in the wings of future technologies, CamStreamer will keep an eye on what AI is up to. At the same time, we’ll keep working on affordable solutions for cost-sensible customers. 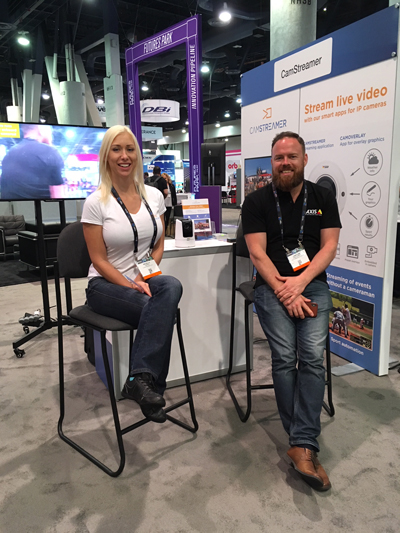 So, what’s the conclusion?

Once you try, you want more. If it’s not evident from the previous paragraphs, let’s set the record straight: We loved NAB Show. We got invaluable feedback, took in the energy, got an incredible amount of ideas, met leaders in the field, and handed out plenty of business cards.