Why are 24/7 live streams so popular and how to produce them?

The live streaming trend that’s currently dominating content on the internet is something that concerns all broadcasters. As a company that’s devoted the past five years to streaming from IP cameras, we have the opportunity each day to watch live images from hundreds of cameras and thousands of locations around the world. And we’re witnesses to how those images from IP cameras attract millions of viewers. So, let’s take a closer look at how this trend came about and where it’s likely to go in the near future.

For three years, we took part in producing our own slow TV program in the Czech Republic. This type of broadcasting originated in Norway in 2009. At the time, the Norwegian Broadcasting Corporation (NRK) decided to air a very modest event: a seven-hour train journey. By doing so, NRK established an independent genre, which, in an era of expanding internet connectivity and increasingly affordable hardware, was taken up by numerous institutions and individuals. All one needs to do is take a look at some of the top web aggregators, such as webcamtaxi.com, earthcam.com, or our very own Live Gallery offering hundreds and thousands of live cameras in the widest possible variety of locations, some of which are very popular among viewers.

The magic of slow TV lies in its rawness, its authenticity, and its ability to capture the imagination. The images are live, and they come from corners of the world and places where normal television cameras can’t go. Moreover, in the majority of cases, they’re available 24/7. We know from the online world and social networks that the formula works. But how do we get it into television broadcasting, which is based on expensive and bulky equipment and demands outstanding quality and, above all, reliability?

Challenges in the field

The first problem is often a matter of the broadcasting conditions. Let’s look at some typical locations of interesting projects – the deck of a ship, the crown of a tree, buildings exposed to the weather. In the field, it’s an absolute must to have durable cameras that are reliable in the rain, strong wind, freezing temperatures, and extreme heat. Cameras that deliver quality, high-resolution images even in demanding light conditions. Cameras that can provide quality audio to go with those images. Cameras that require minimum maintenance.

In this respect, network cameras, originally developed for security and surveillance applications, have proven the most effective. Today, these devices standardly offer superior image quality with resolutions of up to 1080p or 4K, and they have enough computing power to handle a number of the other tasks required by live broadcasting.

Connectivity is the foundation

In addition to cameras that can provide quality video, there are other technical requirements to live streaming. A video stream has to get to a TV studio or a streaming platform, which in turn can offer the broadcast to viewers. Video like this must first be encoded using a first-rate video codec to ensure there is no loss of quality, while at the same time making it possible to transmit the video by available means to the studio. There are various pathways for transmitting the video, but for reasons of economy it often makes the most sense to send it to the studio over the internet. There’s a catch, though: When transmitting over the public internet, one must keep in mind that the internet is a shared medium, so it can pose obstacles for the video in the form of limited bandwidth and packet loss and delay.

Here, too, IP cameras are proving successful. Currently, an Axis Communications network camera, for example, can encode video with the proper codec (H.264) and use suitable software (such as our CamStreamer App) to pack it into a transmission protocol (SRT), by which means the video is reliably transported to the studio, regardless of an often less-than-ideal internet connection. All of this takes place directly onboard the camera, i.e. without the need for other hardware in the field.

When one angle’s not enough

The IP camera is demonstrating its versatility in other respects as well. With the right software (such as the CamOverlay App) Axis cameras can, among other things, insert graphics into live broadcasts to provide up-to-date information on local weather conditions, traffic, information on the animal being watched in the zoo – essentially any type of infographic that’s of interest to viewers. It’s up to the correct software then (i.e. the CamScripter App) to take the process of producing a live broadcast in the field and seamlessly automate it. Thus, on the basis of defined rules, the camera can change angle, track a moving animal, switch to a video recording when nothing interesting is taking place, or insert a smart infographic into the frame in order to provide viewers with the best possible experience at all times. All of this takes place right onboard the camera and with no need for additional servers.

Current trends indicate that broadcasting by means of IP technology is on the rise. And in light of the aforesaid, it’s really no wonder. Today’s technologies can generate data from IP cameras that broadcast studios know how to work with. It’s no coincidence that the term “smart integration” is the buzzword of technology companies. Thanks to open-source technologies like SRT, we know how to get quality video streams even in conditions that are far from ideal. Therein lies the magic of slow TV and the current trend in broadcasting – to offer, in addition to carefully refined broadcasts from television studios, something new.

How to choose the right camera for your Slow TV live broadcast? 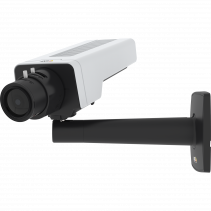 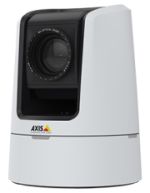