Trends and tips from NAB Show 2019

NAB Show is the world’s largest annual convention encompassing the convergence of media, entertainment, and technology. This year’s show featured more than 1,600 companies, including 200+ first-time exhibitors, which is what we were last year. This year, however, despite knowing what we were in for, we were still amazed at the vast number of ideas, products, and updates in the field of technology that the show delivered. No wonder that more than 92,000 attendees from 160 countries arrived at the Las Vegas Convention Center. 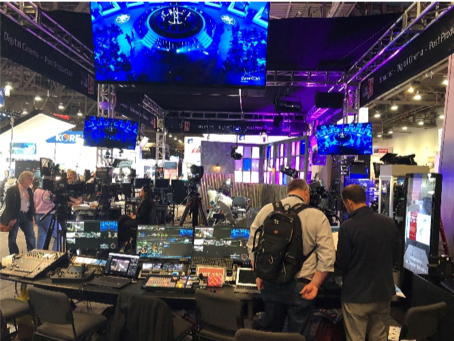 In our summary of last year’s NAB, we said AI was “the new black”. And 2019 hasn’t changed anything so far. Artificial intelligence is the inevitable must-have of any technology of the future. At the moment, it’s pretty clear that the majority of companies are making progress but aren’t quite there yet. Artificial intelligence is still a big help in easing routine human work. Tagging a video, processing it, creating metadata… AI is the king!

5G – an inevitable destination that’s going to play a significant role in the transformation of the industry. The advanced speed of connectivity will expose new horizons in almost every aspect of broadcasting, including services, platforms, and content, and NAB had a lot to offer on this game-changing wireless technology. 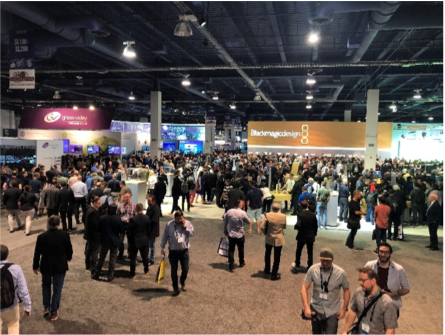 3. IP-based solutions on the rise

This might sound like we’re bragging and being biased because, yes, we were located in the IP Delivery Solutions area of the show and yes, of course, our solution is IP-based. The fact is, though, that IP-based live production is real and it’s happening now. There is still much work to be done, however. In IP-based operation, network control and monitoring become pivotal.

4. Make the most of your internet 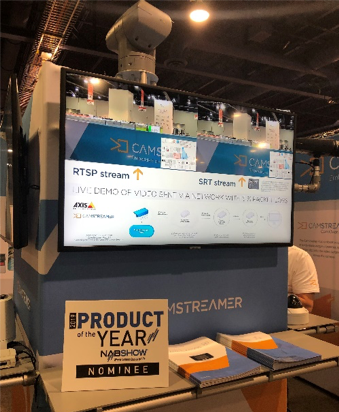 This brings us to another trend from NAB Show 2019, one more focused on IP delivery issues: with the potential of 5G and expanding connectivity, the internet and its transmission capacity will stand by the side lines no longer. As a new transmission infrastructure, however, it does present a few obstacles. “Network challenges often force television stations to abandon their desire to deploy cameras in great locations due to poor internet service,” says Dan Desjardins, founder and Director of Videstra.

Still, there are ways to change this, such as with Secure Reliable Transport (SRT), an open-source initiative aimed at achieving low-latency, high-reliability streams even on challenging network connections. Haivision, a founding member of STR Alliance, won the Product of the Year Award with this ground-breaking protocol that make live broadcasts smooth and flawless even when the internet is not.

The points above lead us to yet another of NAB’s newest items – the utilization of fresh broadcast locations and new production methods. What does that mean? Broadcasting companies are realizing that the world is full of perfect and well-documented moments for their channels. From weather webcams to bird nests and from rivers to mountain peaks, cameras are being installed everywhere. These images have one common quality: they come from corners of the world and places where normal television cameras can’t go. Leveraging new capabilities while creating new, original content is giving rise to a whole new segment in the broadcasting industry. Television channels are looking for content all around us as well as those who can provide it.

There’s much more we could write about – many trends that deserve attention (automated sports production!) and many exhibitors with clever and progressive products and services. We’ll be taking a look at them in some of our future articles, so stay tuned! For now, let’s say that NAB Show 2019 was a huge inspiration, a motivational boost, and an idea accelerator. We’ll definitely be going back!